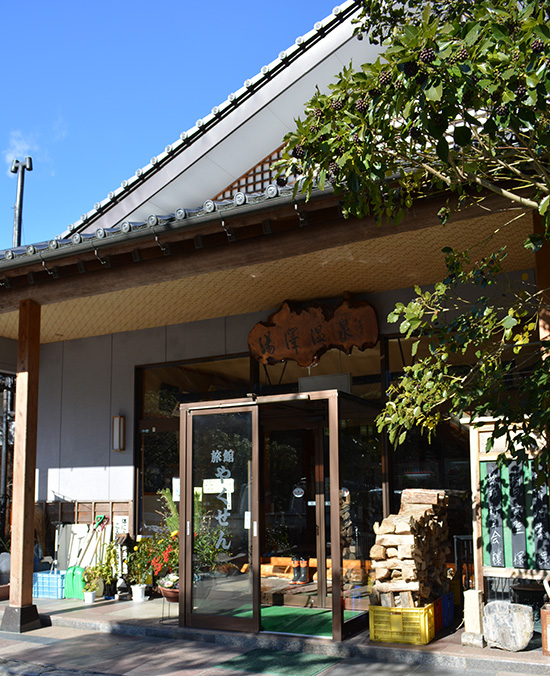 Ryokan Yakusen Shiroishi Yuzawa Onsen is a hot spring from the Edo period. The spring contains gypsum sodium sulphate, which is rare even in Japan. The spring water is drinkable and effective for treating Diabetes and atopic dermatitis. It is a hot spring that is good for the body.

Shimotozawa (a post town) is only a few minutes by car from Obara Onsen Village. The place has been known as a source of gushing hot spring water since Edo period. In Heisei era, after a hot spring water quality inspection, the hot spring water is found to contain gypsum sodium sulphate, which is rare even in Japan. The spring water is drinkable and effective for treating chronic dermatitis such as atopic dermatitis, arteriosclerosis. The hot spring is popular with guests at Shiroishi Yuzawa Onsen for its drinkable properties and healing effects (chronic cholelithiasis, chronic constipation, obesity, diabetes etc).

Tobifudoson
Tobifudoson is said to be built by Date Masamune in the 1591. The original material used to make the statue is said to be the Toraiwa rocks found nearby Zaimokuiwa. Tobifudoson is said to be made by Kobo Daishi. During the fire incident in 1594, the statue flew out of the temple hall and into a cavern escaping the fire. This incident won the statue the name “Tobifudoson”. During the mega earthquake in 1731, despite part of the shrine being crushed by rocks, the main shrine and the guardians of the shrine remained unscathed. Since then it has won the respect and worship of many. In the past, many people of fame from Oshu stop by for prayers during Sankinkoutai wishing for safety on road as well as the well-being and prosperity of their Domain. In 1734, the shrine was rebuilt on a site located along Shichigashuku Highway. The “Meotosugi” in front of the shrine hall is also worshipped by people wishing for happy marriage, prosperity for their descendants, safety at home and many more.Shimotozawa-juku
“Shimotozawa-juku”, together with “Kamitozawa-juku”, is the relay station of “Shichigashuku Kaido”. During the times of Domain administration, 13 famous people of Dewa stopped by during Sankinkoutai. From the Bakumatsu era till early Meiji era, many people on their way to pilgrimage to Sanzan stopped by the lodging houses in the area. Among the lodging houses available at the time are Akitaya, Nakamuraya, Sagakiya, Yamagataya and many more. The former glory of its time can be found in the vestiges of Shimotozawa-juku.Kamitozawa
If you proceed heading towards the prefectural boundary between Fukushima and Miyagi from “Shitamotozawa-juku”, you will find “Kamitozawa” that prospered as a lodging house in Shichigashuku Kaido. Although the number of thatch roof housese along this road where many great people once visited has decreased in numbers, nevertheless, it is still possible to find traces of such existence from the rows of houses along the street. The residence of Kimura family, a family that served as a prosecutor for generations, is moved to “Zaimokuiwa Park” and is designated as a tangible cultural property.Kosakatoge Pass
Many people of fame visited Shichigashuku Kaido that connects Oushu and Dewa during the era of Domain administration. However, after the glorious road of Shichigashuku Kaido, is the hurdle of Kosakatoge Pass. The slope is steep and the top of the mountain is as high as 441m above sea level. Nevertheless, the scenery at the top of the mountain, especially the view of Fukushima Prefecture side, is breathtakingly beautiful. 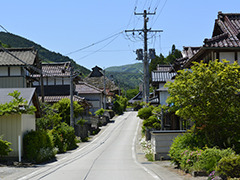