The story behind Shiroishi Castle

The story behind Shiroishi Castle 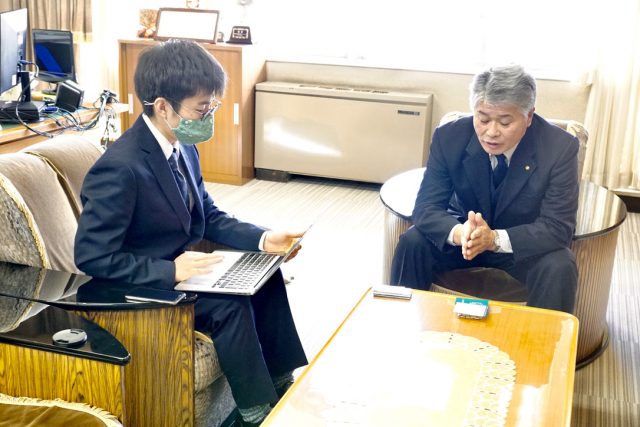 Story Behind the Reconstruction
Matsui: What was Shiroishi Castle like for the citizens before it was restored?

Vice Mayor Kikuchi: At that time, Shiroishi Castle was known and loved by many people as "Mashioka Park". It was located between the High School for Boys and the High School for Girls, so it was also a memorable place for students where they meet up for dates. Some mischievous kids used to climb on the monument to Katakura Kojuro Kagetsuna (with a laugh).

Matsui: I see that Shiroishi Castle has been a place of memories for many people. Then, how did the voices of those who wanted to see the castle restored arise?

Deputy Mayor Kikuchi: For a long time, there were people who wanted to see at least the Otemon Gate restored, but it was the Samurai TV show that triggered a call for full-scale restoration. This show led many people to visit the castle to see the residence of Katakura Kojuro Kagetsuna who was on the show, but many were disappointed and said, "There's nothing there!" This was the beginning of the movement. Hardship in the Process of Reconstruction
Matsui: But you can't just do it immediately because you want to restore it, can you? Did you have any difficulties in the process of restoration?

Vice Mayor Kikuchi: At first, we were thinking of restoring it with reinforced concrete, just like other restored castles that exist today because it would be cheaper. However, the professor supervising the project insisted that he would not cooperate unless we do it in a traditional way, using only wood materials. At that time, it was illegal to build a wooden structure over 13 meters high without permission from the government. However, the people involved were determined and started planning to build Shiroishi Castle as a wooden castle tower. Matsui: I didn't know that was going on! However, in order to compensate for your strong commitment, you must have had some difficulties collecting funds.

Vice Mayor Kikuchi: Yes, we did. Wooden construction is very expensive. In addition to that, we decided to build Shiroishi Castle almost entirely with domestic wood instead of cheap foreign wood. In order to do so, we had to work hard to raise funds. We used subsidies for local development, but we also received a large number of donations from many people, including citizens. Many people helped us to make Shiroishi Castle a source of pride for the city.

Matsui: That's wonderful. I've also heard a little bit about the campaign where people who made the donation wrote their names and dreams on the roof tiles!

Vice Mayor Kikuchi: That campaign raised about 140 million yen. The donors wrote their names, thoughts, and dreams on the tiles. 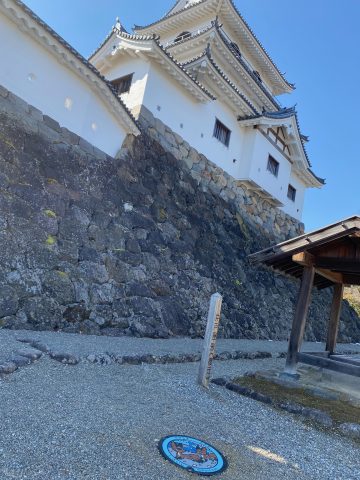 Vice Mayor Kikuchi: The wooden architecture is the most impressive part. I don't think it is possible to gather that much wood in Japan nowadays. When it was first opened, many people lined up to see it, and the line even reached the outside of the main gate.
Shiroishi Castle also features three different types of stone walls: cut-and-pile, hammered-and-pile, and field-pile. Stone walls are an important part and show the uniqueness of the castle.

Matsui: If you could give a few last comments to people coming to Shiroishi!

Vice Mayor Kikuchi: Aside from Shiroishi Castle, Shiroishi City is full of historical sites. The more you know, the more interesting it becomes, so please come and visit.
I would also like citizens to enjoy learning about history again. I think it would be wonderful if people who come to visit Shiroishi could ask the citizens and they would be able to show them around.