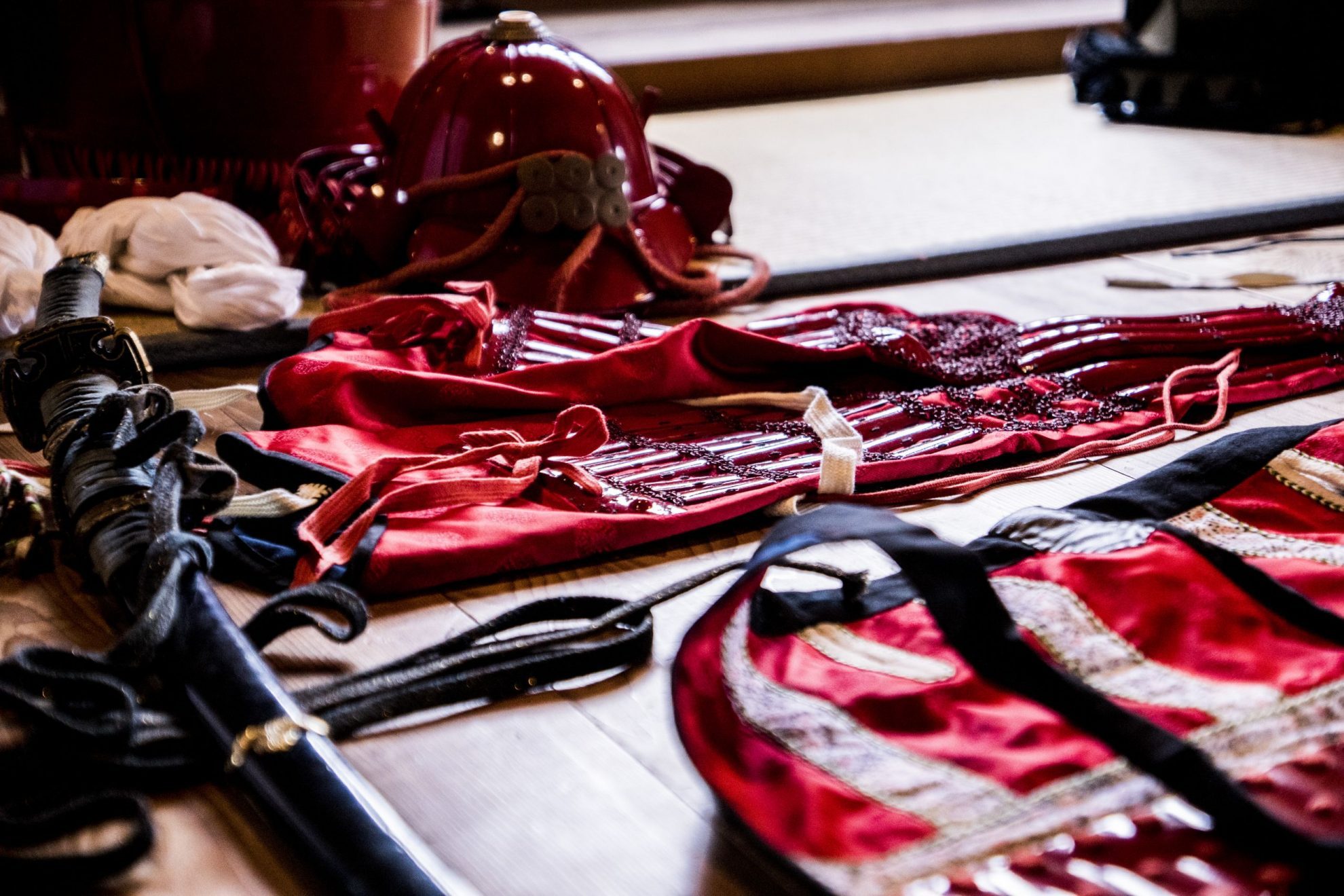 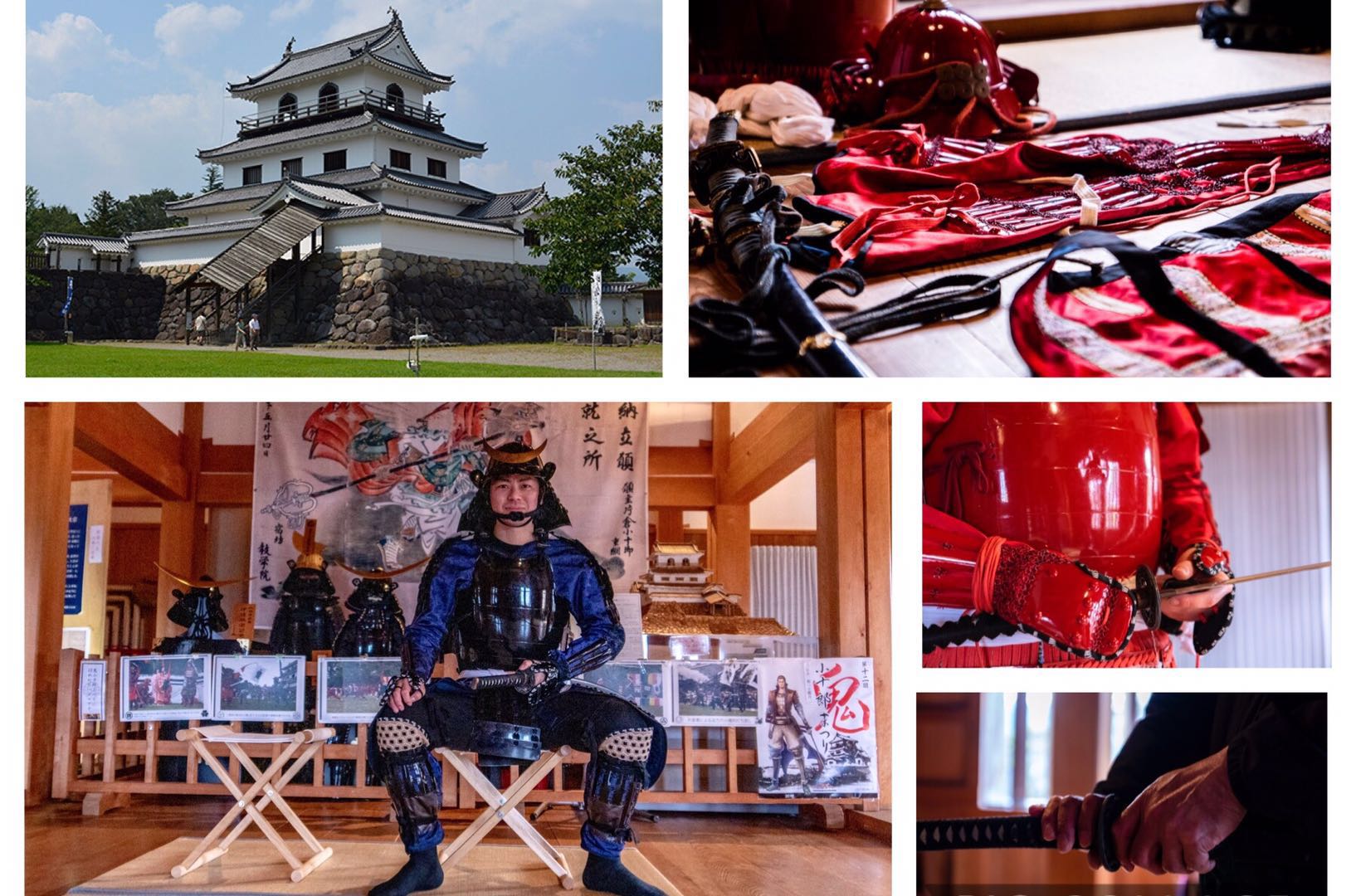 Samurai culture, which is popular all over the world now.
At Shiroishi Castle, the symbol of Shiroishi City, you can take pictures while wearing real armor inside the castle.
The armor you can try on is armor made with great care by craftspeople with the best armor-making skills in Japan.
Not only foreigners but also Japanese people can experience armor like never before. 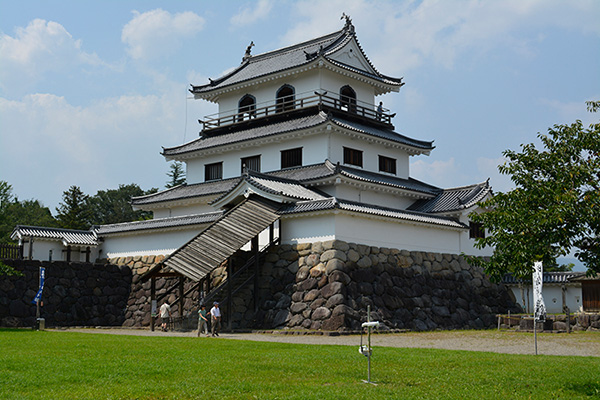 The experience is held at castle tower “Shiroishi Castle,” which is located almost at the center of the town, on a small hill.
For about 260 years through the Edo period, it was the castle of the Katakura clan, the Date clan's vassals.
This number one spot is one not to miss when sightseeing in Shiroishi.
The current castle tower is a solid wooden building that faithfully restores the appearance of the Edo period.

There are two sets of armor available to try on: Katakura Kojuro Kagetsuna's armor, and Sanada Yukimura's armor.

-Katakura Kojuro Kagetsuna (1557-1615)
The first Katakura Kojuro Kagetsuna, who served the Sendai feudal lord Date Masamune and built the foundation of Shiroishi.
Kojuro Kagetsuna, who excelled in both the literary and military arts, is a famous general who was recognized by Hideyoshi Toyotomi and Ieyasu Tokugawa as the best retainer of the Date clan.
Around the Edo Period, The Katakura clan passed down the name "Kojuro" from generation to generation.
The second generation Kojuro Shigetsuna (1585-1659) was a courageous military commander and was called the "Devil Kojuro".
During the Osaka Summer Campaign (1615) where the Tokugawa Shogunate destroyed the Toyotomi Clan, as part of the vanguard for the Date army, he fought fiercely with the Sanada army, and did feats such as capturing enemy generals.


-Sanada Yukimura (1567-1615)
A great general called "The best soldier in Japan (Hinomoto Ichinotsuwamono)".
His heroic invasion as the Toyotomi military commander all the way to Tokugawa Ieyasu's headquarters in the Osaka Summer Campaign (1615) is well-known by future generations.
In Shiroishi, the secret story of Katakura Kojuro Shigetsuna and Sanada Yukimura remains.
In the Osaka Summer Campaign, Yukimura, having prepared for his own death the eve of Osaka Castle's fall, determined that Kojuro Katakura Shigetsuna was a considerate military commander, and entrusted his daughter Oume to him.
Katakura Kojuro Shigetsuna also protected other Yukimura children and raised them secretly at Shiroishi Castle.
In this way, Sanada Yukimura's bloodline, which was said to have been destroyed in the Osaka Summer Campaign, was preserved and later continued as the Sendai Sanada lineage, to the present day.

■The 2 "toseigusoku" armors you can try on at Shiroishi Castle: the Katakura Kojuro Kagetsuna model and the Sanada Yukimura model
Life-Size Armor: Body Sizes
・ Height: For adults (height-about 150㎝-175㎝), for children (height-about 100cm-135cm)
・ Around the waist of the torso: Up to 80㎝ - 85㎝
* The above is only a guide for size based on the size of the armor. Even those who are slightly larger than this size can wear the armor. 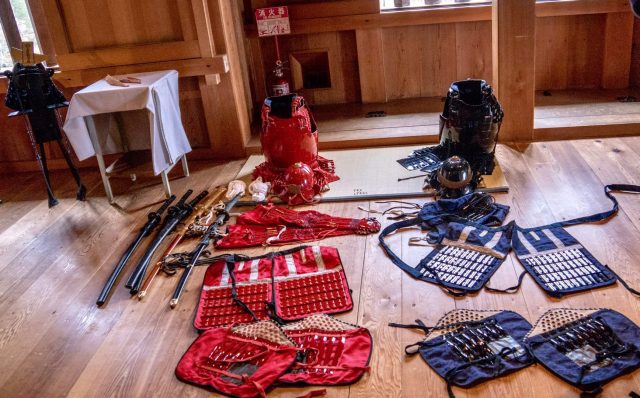 When putting on armor, you generally start from the feet. For things that have a left and right side, you start with the left side. This is an ironclad rule.
The procedures and detailed points of how to put on armor all have reasonings behind them, so while you put it on, you can try to think like a samurai of the time. 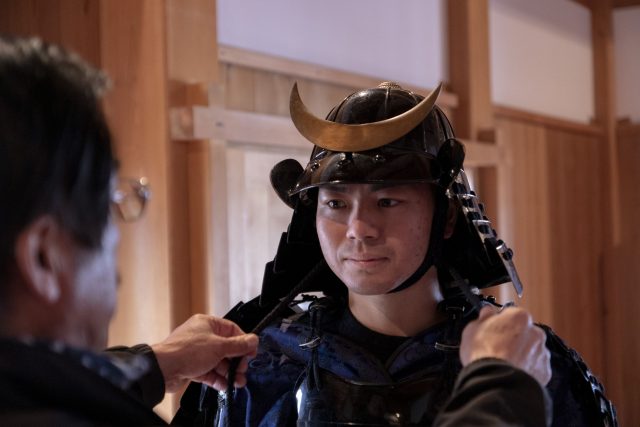 Finally, put on your helmet and finish!
It takes about 30 minutes to get here.

There are Picture-Taking Spots inside the castle. 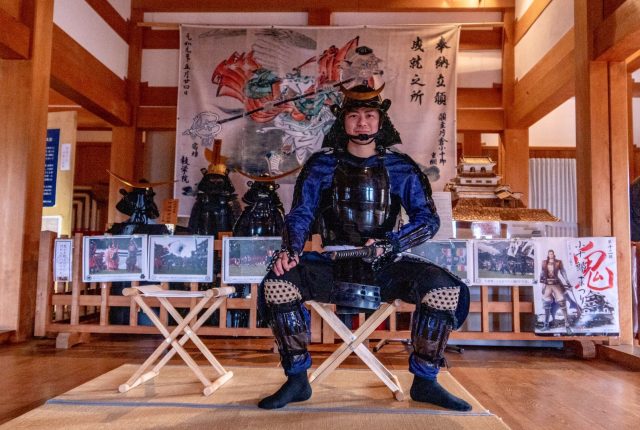 There are very few places in Japan where such authentic armor can be worn in castles, providing a valuable experience.
"For foreigners who like samurai and Japanese people who haven't had much opportunity to experience it,
Why don't you experience what it feels like to be a samurai by wearing the culmination of Japanese traditional craft technology in the Armor Experience at Shiroishi Castle? "