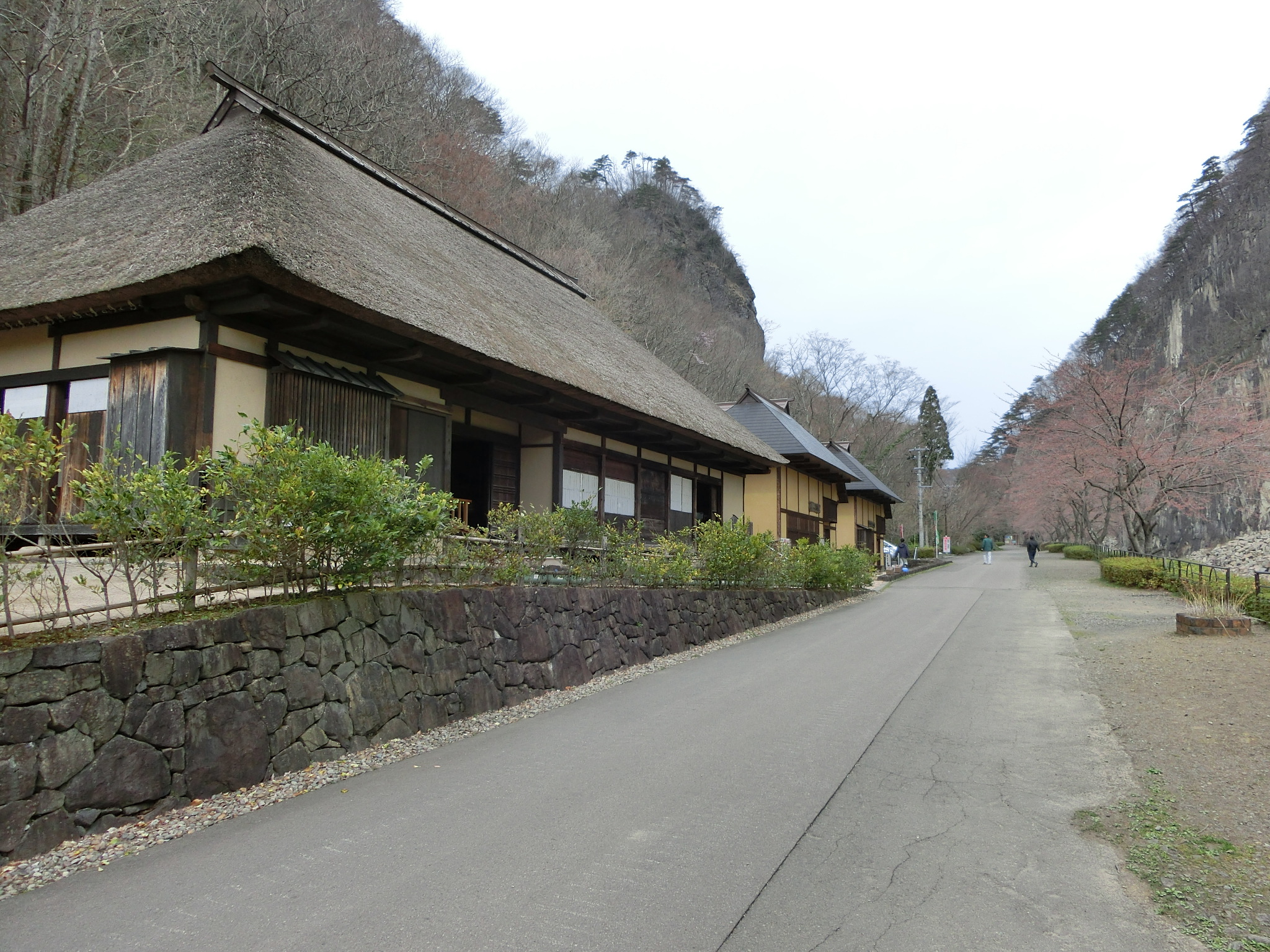 The detection house is a prefecture designated tangible cultural asset.

The main building of the Kimura family was relocated and restored from one of the post towns of Shichikashuku, Kamitozawa in Shiroishi City in the Timber Rock Park (Zaimokuiwa Park). The Kimura family worked as a detector who cracks down on the post horses of Kamitozawa and post town relationship. They played a role equivalent to Honjin ( an inn officially designated as a lodging for a daimyo in the Edo era). The building with the thatched roof in the hipped roof structure is one story house with a drawing room and residential rooms. It is considered to be built in the middle of the Edo era and it has become a Miyagi prefecture designated tangible cultural asset

Kimura Family is the family who served as a detector of Kamitozawa , one of the post towns of Shichikashuku. Kamitozawa was located at the southernmost tip of Shichikashuku, and most of them made up of people engaged in the work of post horses and transportation such as foot soldiers. There used to be more than 20 houses. Although there is no Honjin in Kamitozawa post house, the Kimura Family acted as a facility which follows it, and you can still see the trace, how Daimyo and its clan used it.

The Kamitozawa Buraku was a small village with about 20 houses between mountains located in the southernmost part of the Yamanaka Shichikashuku Kaido. It was where the Sendai clan border point was located. The Shichikashuku Kaido is a road from Kosaka in Fukushima Prefecture (currernt Kunimichou, Fukushima prefecture) to Kaminoyama in Yamagata prefecture. On the way it stops at seven post towns of the domain of Sendai, including Kamitozawa, Shimotozawa, Watase, Seki, Nametsu, Tougeta, and Yunohara. It is called Shichikashuku because of the presence of seven post towns on the way. In Kamitozawa, there was no Honjin but the detection house (handling post horses and foot soliders: the Kimura Family) was assigned as a quasi-Honjin, the designed lodging for Daimyo. This detection house has been restored to the Timber Rock Park (Zaimokuiwa Park). * "Detection House" is a prefecture-designated tangible cultural asset.