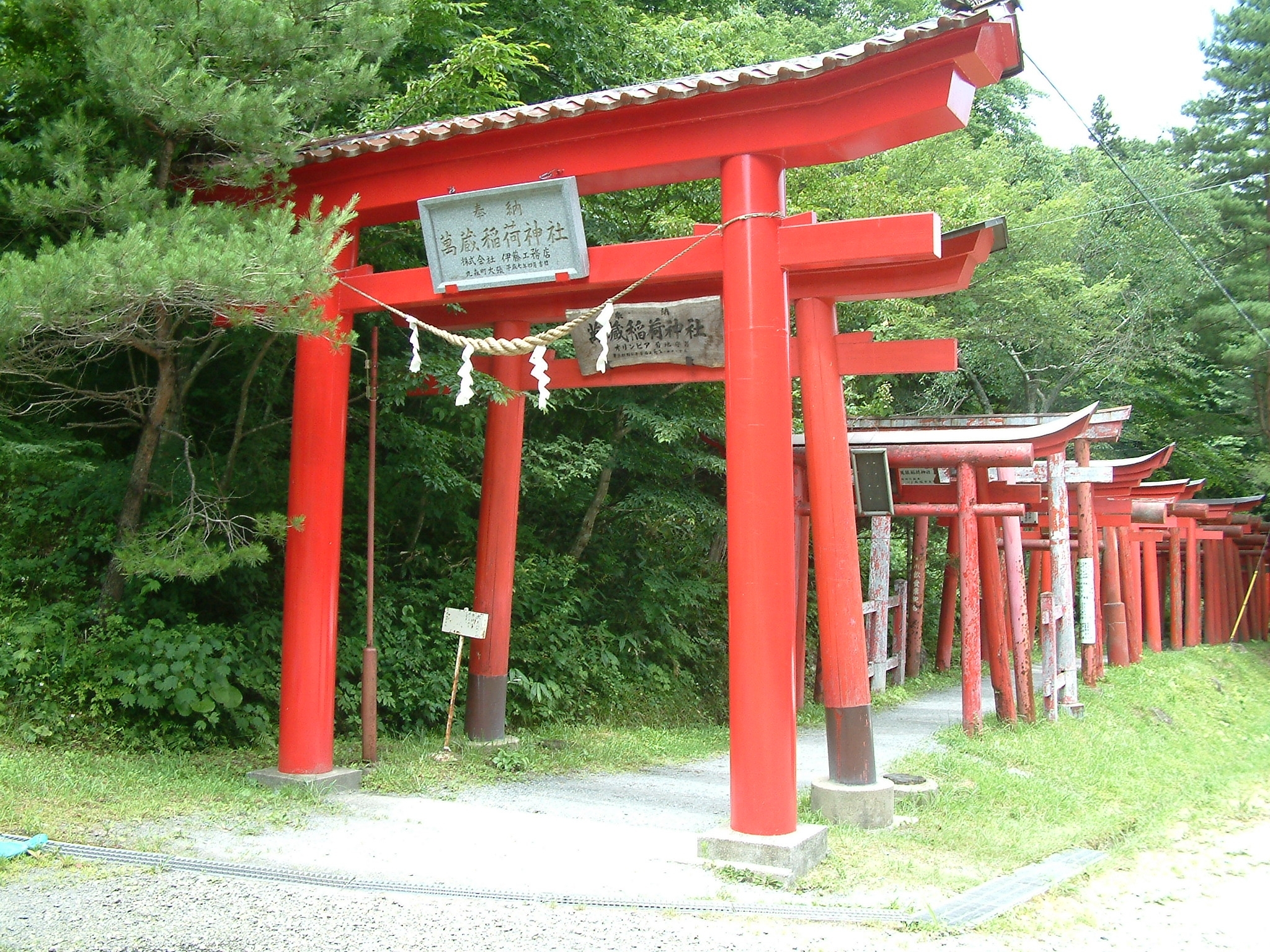 On the approach to the shrine, there are over 100 red-colored small torii.

The shrine has more than 100 red-colored torii on the approach to the entrance. It has been said that a man named Manzo who was a horse keeper built this shrine by looking after three horses from a traveling monk. Manzo later practiced himself and received the honorable name of Daiajari Kongo In Yukan, from Dawasan Mountain. It is told that later he became a monk who practises austerity to the point of death and mummification
. Today it attracts many whorshippers everyday.

Born in the Kumagaya family, Mr. Manzo lived in Kosaka Pass as a horse keeper. One day, an old monk who was tired of travelling asked Manzo for a meal on the summit of the pass. So Manzo carried the old monk with his horse and offered the monk his hospitality from the bottom of his heart. But the next day, the old monk disappeared early in the morning. When Manzo arrived at the yesterday's passage where he met the old monk, he heard the horse's whinnies. So he looked around and he found the monk from the last night. The monk said "I am the incarnation of the Inari Shrine. Last night, your attitude was admirable. " Three horses were given to Manzo, and later he exchanged them into money. He then built the Inari Shrine, also trained himself, and received the honorable name of Daiajari Kongo In Yukan, from Dawasan Mountain. It is told that he finally became a monk who practises austerity to the point of death and mummificationan.